«We are committed to a healthy agriculture that respects the environment» 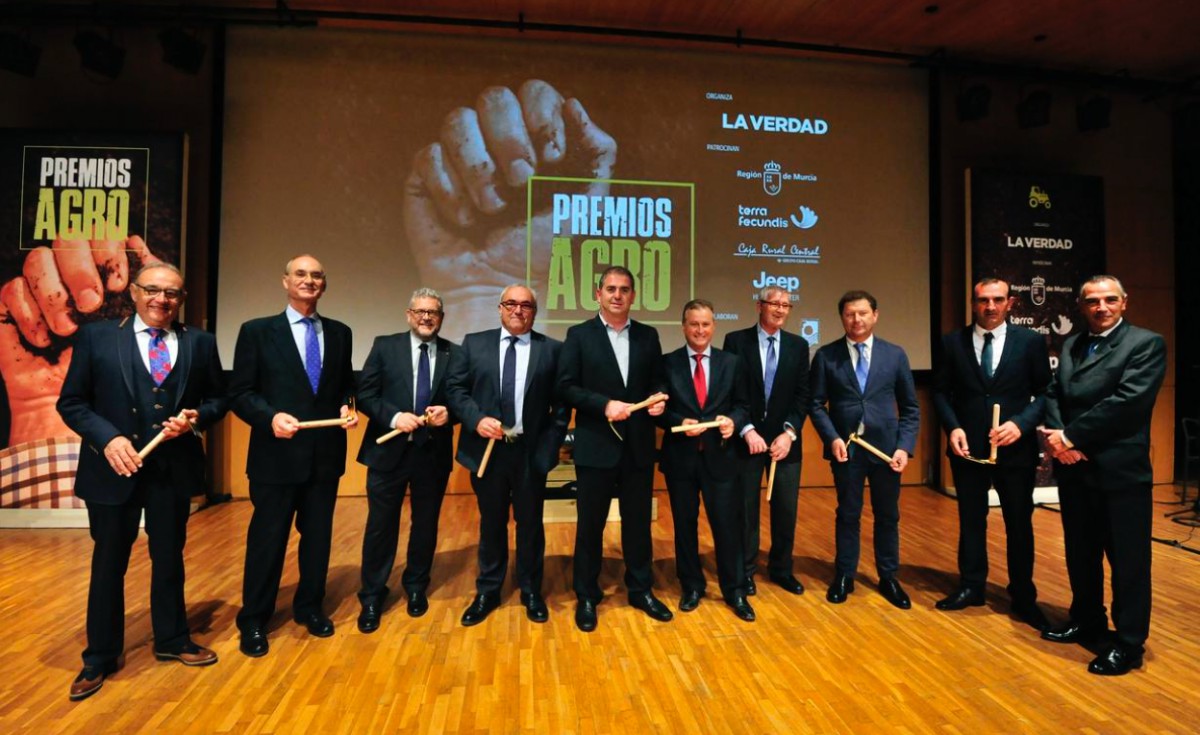 The company Camposeven has obtained the Ecological Agriculture Award, for being a pioneer in the ecological production of vegetables and citrus fruits in the Campo de Cartagena, whose partners are producing under this system since the early 1980s.

"They knew how to discover wealth and prosperity where others only saw lumps of parched earth, they managed to restore life to the fields through the masterful use of water, and they believed that their research would improve the quality of the products, and they all succeeded. his trajectories shines the dedication to boost the agroalimentary industry of the Region, so much from the companies or institutions that direct like in the field of the investigation ". Antonio Botías / The Truth

The general director of 'La Verdad', Antonio González, who served as host, encouraged all attendees "to do Region", in addition to asking for solutions to the lack of water and congratulate all the winners and the guests. Among them, the president of the Regional Assembly, Rosa Peñalver, and the regional government councilor and spokesperson, Noelia Arroyo, who pointed out that the sector "represents so many families that have worked a future with their effort and work", in addition to achieve great achievements, such as the sustainable use of water, whose methods "we Murcia teach for the world and from all over the world come to the Region to learn."

From Camposeven we want to thank the prestigious jury and the newspaper La Verdad for the award of this award that encourages us to continue with our daily work of offering all our customers and consumers organic fruits and vegetables of exceptional flavor and quality.